A chef’s guide on where to eat in Perth

A few years ago, café Coccolicco down the road from Manuka was bought by a Japanese pastry chef named Tomo. Once a month, she started doing these Japanese breakfasts with homestyle dishes like soba noodles, Japanese curry and tamagoyaki (omelette). It was amazing and laid the foundation for Hinata Café. Tomo was passionate but was worried about how her food was going to be perceived. But I was like, “man, your food’s killer”. It’s really healthy and gluten-free. Whenever I did Saturday lunch at Manuka, I used to go to her café, but in February she moved Hinata to its own space in Fremantle.

Breakfast in the suburbs

After [my wife and Manuka co-owner] Jody and I take the kids to school, we go to Cheeky Boy Espresso. It’s my favourite breakfast spot. It’s owned by Anna [former maître d at South Perth’s Incontro] and Trevor Watts and it’s a tight ship. The food and service are always good and the coffee is great. I get the Italian sausage and beans on toast, which has this tomato and chilli jam that’s made in-house.

When I’m at work I go to D’Angelo, which is across the road; they roast their own coffee. When we’re near Mount Pleasant we like to stop by Artem Coffee. I have the pastrami sandwich and my girls like the honey cake. 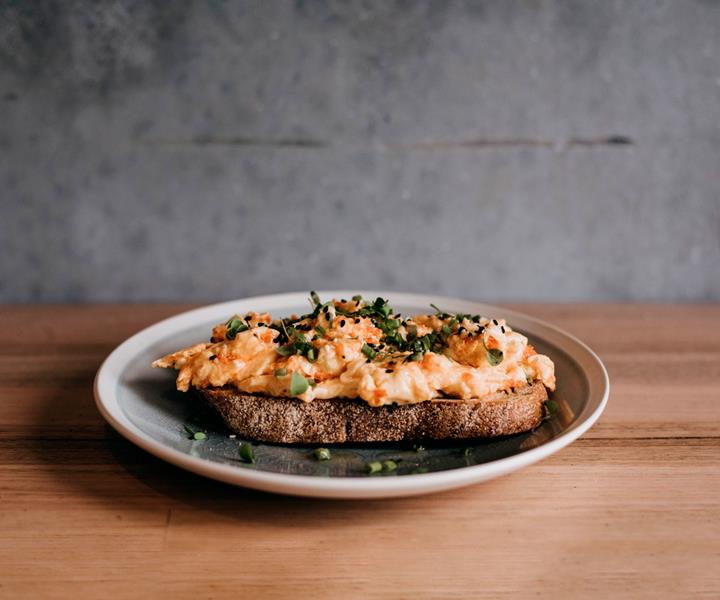 I went to Old Young’s Kitchen in the Swan Valley for Jody’s birthday. I’ve always had a lot of respect for chef Rohan [Park] that goes back to the [native food pop-up] Fervor days. No one else can do what Rohan does with food. It’s clean, well balanced and well thought out. The sourdough with koji butter was epic and one of the nicest breads I’ve eaten. We had kangaroo tartare with crocodile garum and “yesterday’s bread”, which he turned into wafer-like crisps.

Middle Eastern restaurant Propeller is another place I like to go for breakfast. It’s a bit like St. John in London where you don’t get your standard stuff. Chef Kurt Sampson puts what he wants to eat on the menu. Last time I had duck livers with grapes in a Sherry reduction on toast. No one else in Perth does breakfast like that. But when you put your trust in Kurt’s hands, it’s always good. Propeller also serves traditional breakfasts, but every time I go, there’s always one dish that makes me think, “holy shit, I need to try this”. For breakfast and lunch, Propeller is one of the best. It’s so underrated.

Bib & Tucker has captured the essence of what we’re about in Western Australia: beaches, thongs and casual dining. It really feels like you’re somewhere special – you’re on the beach, you’ve got the ocean, you’ve got beautiful sunsets. The menu is cheffy, but it’s restrained at the same time. Chef Scott Bridger is a smart operator and he’s back at the helm. I love that he and [co-owner] Eamon [Sullivan] care about what they do. The menu caters to all, whether you’re vegan, vegetarian or a meat eater.

For newbies, Le Rebelle is at the top of my list. It’s a very exciting restaurant on Beaufort Street and owners Sarah and Liam Atkinson are smacking it out of the park. You can see that genuine sense of hospitality and soul behind the business that a lot of restaurants are missing. 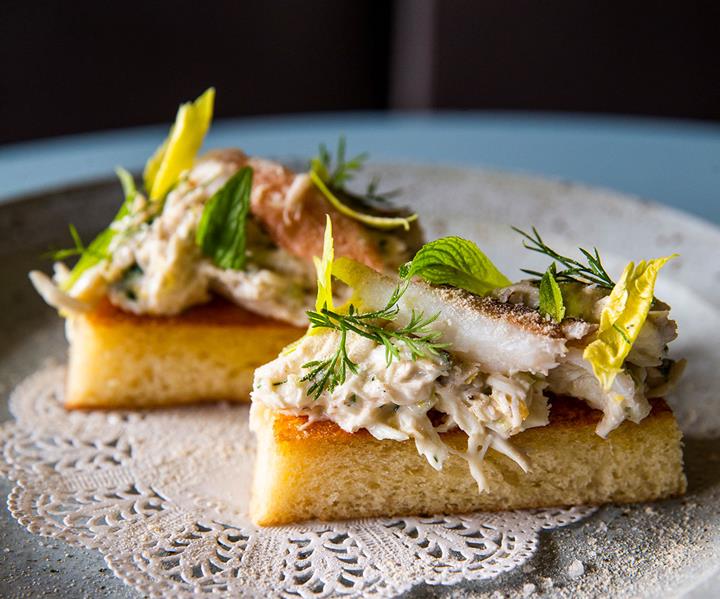 I’ve been eating at Viet Hoa on William Street since 2006. It’s there whenever I need a big bowl of noodle soup, breakfast, lunch or dinner, seven days a week. The seafood laksa is my favourite; it’s packed with flavour. They must punch out a thousand bowls of soup a day, I reckon. Whether I’m there on a Monday lunch or a Friday dinner, the same volume of traffic comes through.

I’m at Oishii Ramen once a fortnight catching up with mates in the industry. The spicy miso ramen remains my go-to. It’s never disappointed me and is the best thing for a hangover or if you need an energy lift. It’s also good at clearing the sinuses during hayfever season. There’s also that consistency. You don’t go there from week to week and find the broth slightly over-seasoned or under-seasoned: it’s the exact same every time. It’s a guaranteed solid bowl of ramen.

When Manuka is full…

When we’re fully booked, sending people around the corner to Bread In Common is a no-brainer. You don’t want to recommend a restaurant that doesn’t live up to the hype. They make everything on-site. From the moment you get there and see the beautiful oven and the fresh breads being baked, you instantly know what’s going on.

The best fish and chips would be Kailis’ Fishmarket Café in Fremantle. The market hall is huge and has different stations serving fried, raw and grilled seafood. It’s a great spot for summer. 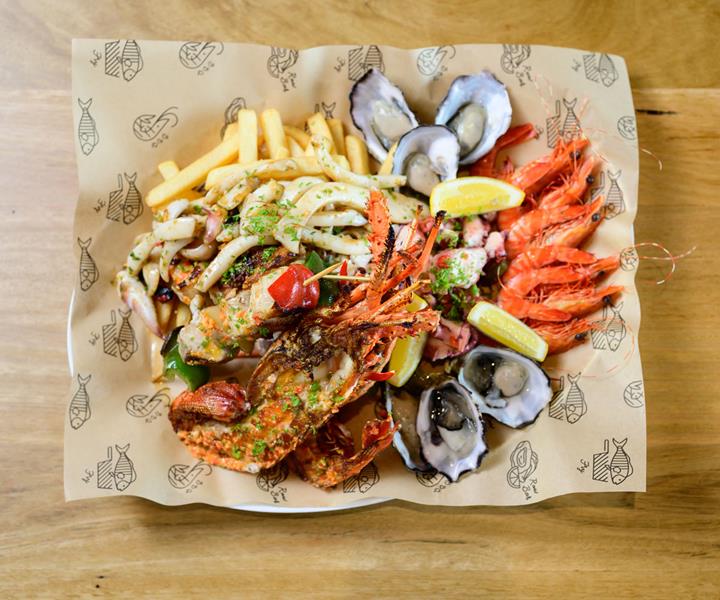